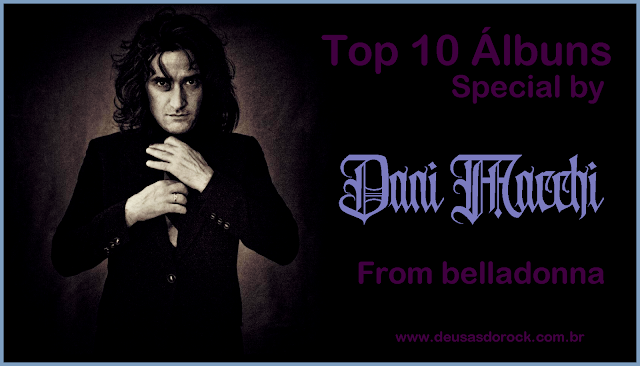 Dead Can Dance - The Serpent's Egg
Arcane tones and tunes loaded with a torbid spirituality that feels at once sacred and sinful. This record is stairway to heaven and a highway to hell.

Joni Mitchell - Shadows and Light
This album has taught me that great songwriting becomes sublime only when the songs are performed by great musicians playing them with conviction, passion and strong personality.

Bob Dylan - Desire
The gipsy vibe of this album is almost intoxicating in its ragged, mysterious, romantic, erudite yet primal beauty. It closes with the deepest love song of all time, "Sara", written by Dylan for his then wife.

Kate Bush - The Dreaming
The darkest, most enigmatic, most obscure, most Satanic album of the Queen of Art Rock.

Ennio Morricone - Frantic
Not his best known soundtrack, but its noir-est. It manages to evoke a deep languid nostalgia, a sense of longing that is almost unbearable.

The Waterboys - This Is The Sea
The Big Music that Mike Scott made with this album was and still is a major inspiration. After this record we never wanted to sing about the crescent, but always only, proudly and unashamedly, about the whole of the moon.

Witchfynde - Give 'Em Hell
My fave NWOBHM album. its ominous, dark, raw, esoteric hard rock seduced me as a teenager and showed me that if music does not lead your imagination in places where it's normally too scared to go then it's not really music.

The Beatles - Revolver
The Beatles discography is the Bible of any self-respecting music artist, and this is one of its most gorgeous chapters.

Led Zeppelin - IV
Yes, there are two paths you can go by, but in the long run, only the one that leads you to a record player playing a vinyl copy of this album is the right one.